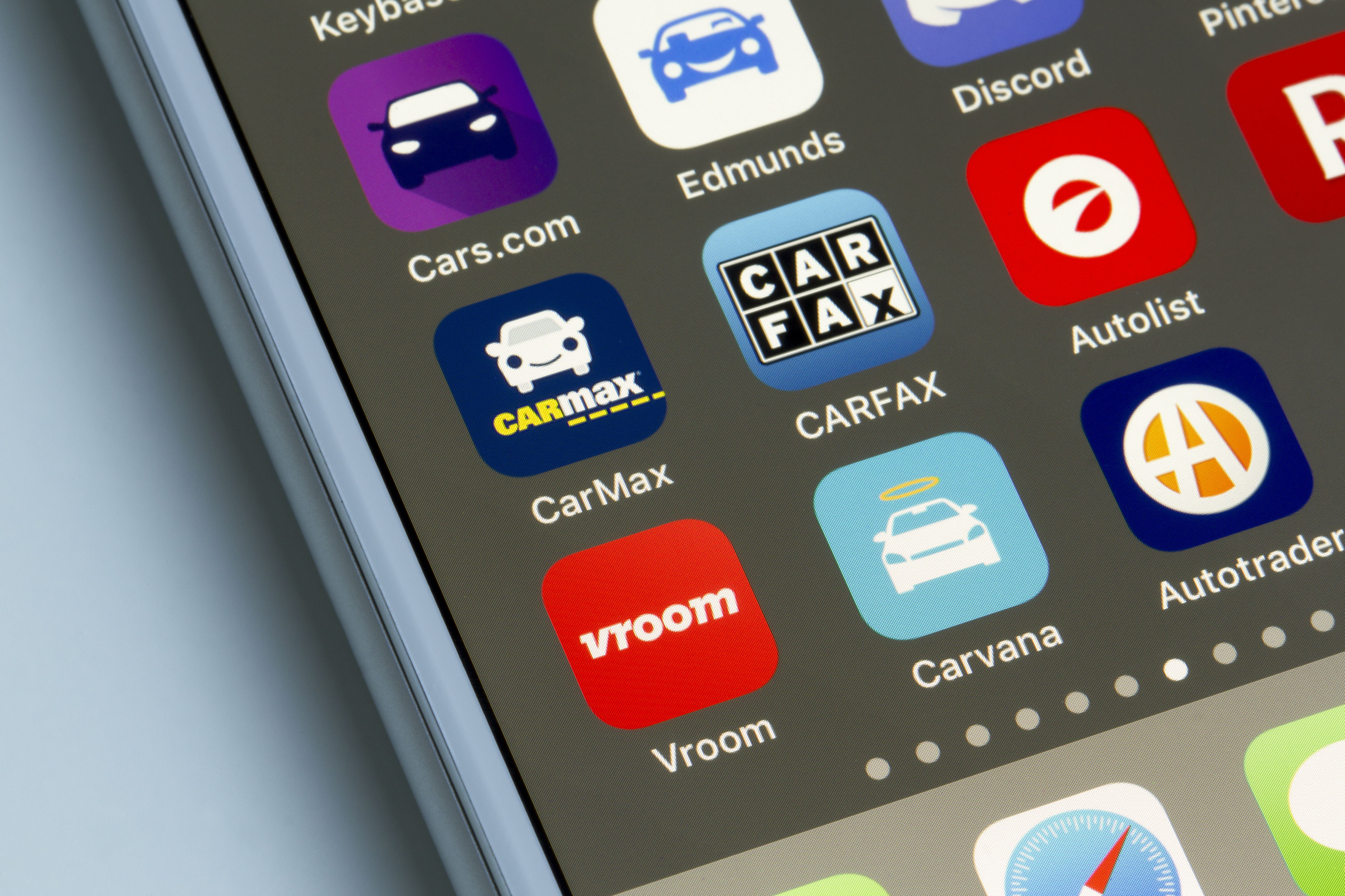 In Part 1 of this blog series, we spoke about the used vehicle market and the  evolution of Carvana in the overall market. In this series, we'll share an inside look at the used vehicle sales data from big states with a heavy Carvana presence and how the dealerships within those states are stacking up.

We take a look at a few of the States where Carvana has plowed through the used car market and surpassed many of the big players within that state. 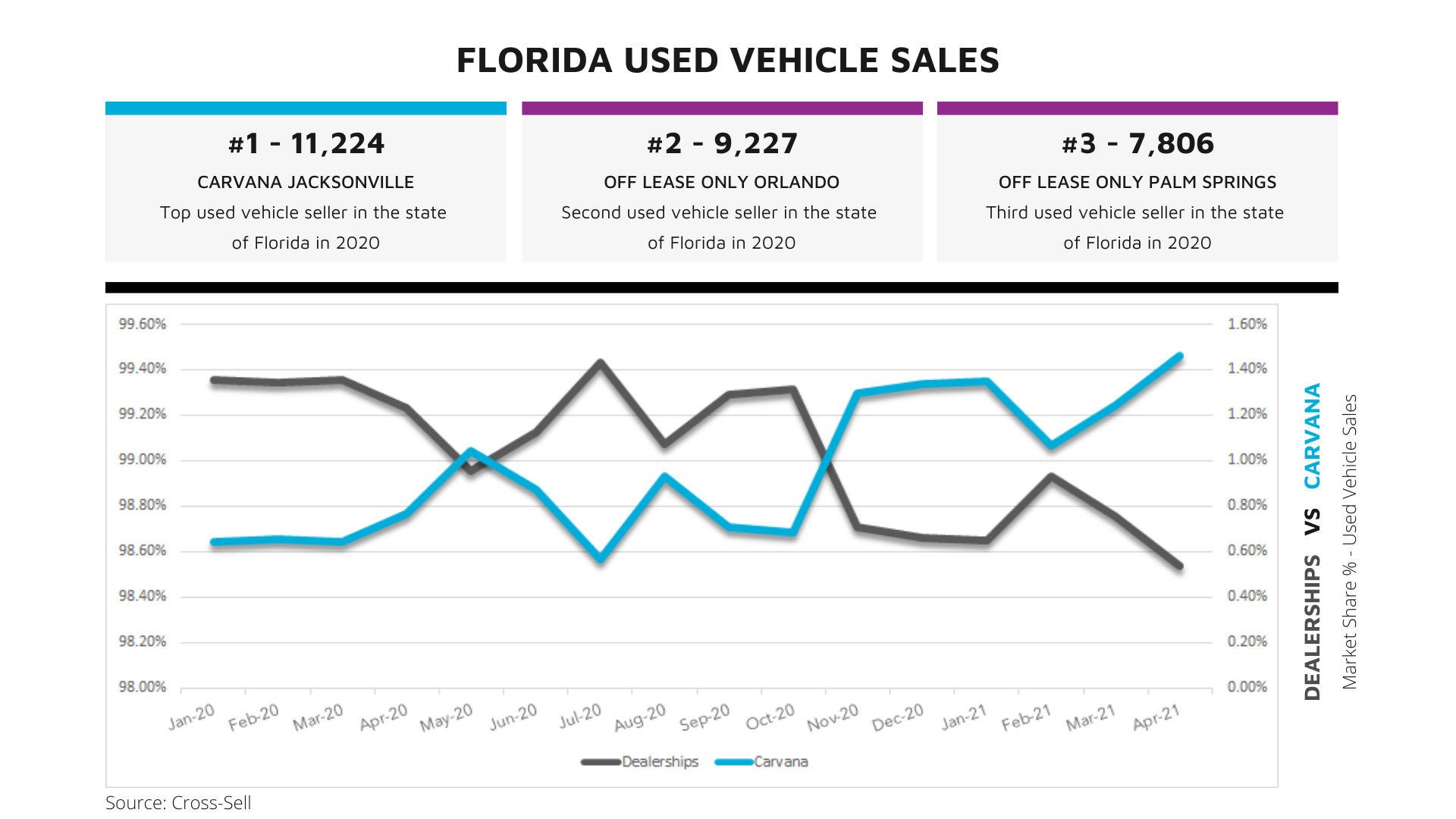 Carvana made a big push in November 2020 with 1,227 units sold, doubling their vehicle sales from the previous month, and continues that growth with doubling yet again in December with 3,220 units sold.

The four Carvana locations in Florida - - Jacksonville, which opened in October 2017, Tampa in March of 2018, Orlando in June of 2018, and Miami in January 2020 combined sold 12,856 units in 2020, giving the Jacksonville location the number one spot on the top 10 used car vehicle charts for the state. This is extraordinary growth for a market entrant that barely existed two years ago.

CarMax continues to maintain their top ranks within the state of North Carolina. However, Carvana isn't trailing too far behind. Since late last year, Carvana has increasingly continued to gain momentum.

Texas is a competitive state when it comes to the auto industry. The state has several huge markets with increasing sales numbers.

Cross-Sell is still waiting on more complete data for other states but in the Texas data  Vroom has started to emerge as another significant player. Vroom grew from .25% in January 2020 to .41% in April 2021 while Carvana in comparison grew from .87% to 1.35%. Combined Carvana and Vroom account for 1.76% of Texas used vehicle sales as of this writing. By end of year, at the current monthly growth rate, both companies could combine for 2.57% of Texas used vehicle sales.

Digital retailing has been a trending phrase within the auto industry for a few years now, and still, many dealerships are unsure about making the investment. Carvana and emerging players like Vroom are clearly not going away and continue to eat into the total market share. Digital retailing tools have never been more critical in order for dealerships to compete. The data shows that even as the world reopens these disruptors to retail automotive are actually increasing their market share growth as opposed to leveling off. Dealerships have known about the threat for years but the data has made the threat more real.

For vehicle sales data in your market, learn more about Cross-Sell Interactive® and get a custom quote for the data that matters to your business. 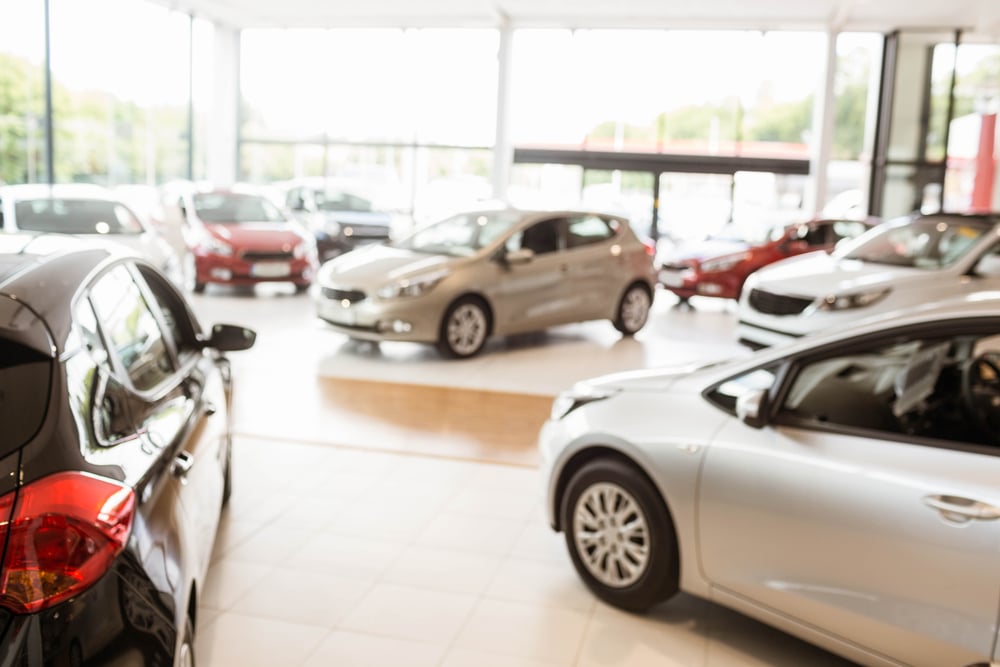 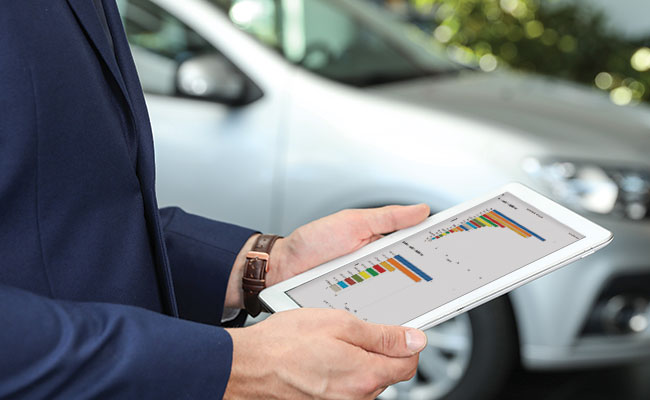